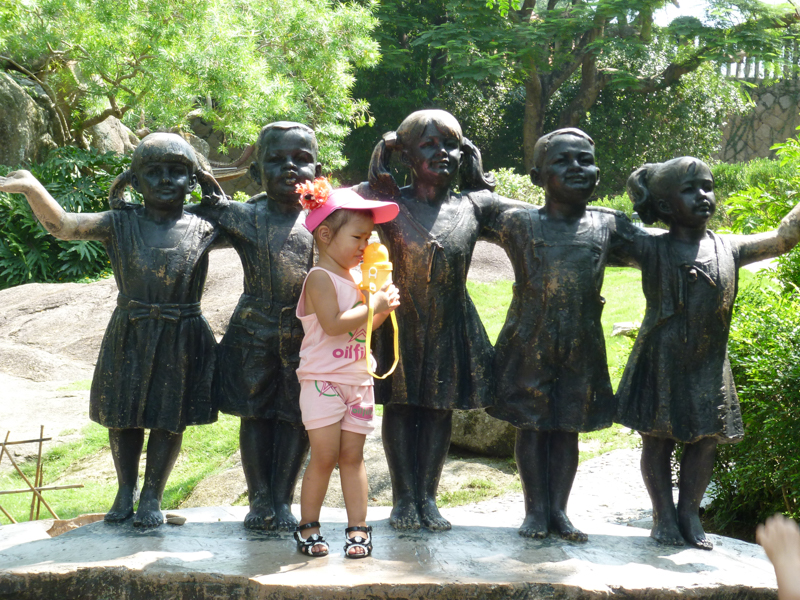 It is in fact just a sub-set of a very big picture indeed – one that makes US President Barack Obama’s fast-fading “Asia pivot” appear desultory.

Even though China’s most powerful leader since Mao Zedong, President Xi Jinping, has been explaining his vision for almost two years, its arcane “Silk Road” nomenclature has largely produced patronising dismissal as mere thought-bubbles from Western onlookers.

But the true extent of Xi’s extraordinary program is now coming into sharper focus.

And its realisation is already appearing inexorable – with the whole neighbourhood caught up.

Only Japan, and to a degree India, have the capacity to consider standing to one side as the swirling silk roads start to be realised.

Overcapitalised and choking on pollution, China is re-directing its formidable development machine, which has been so effective in raising living standards at home, into the rest of its region.

The China model, viewed as the top global template by the World Bank, has begun replacing former foreign aid driven concepts of development.

It is sending out its state owned corporations that control the key strategic heights of its own economy, as well as private firms, supported by massive funding as its foreign exchange holdings are brought home from their long-term passive investment in US Treasury bonds, and made available for regional investment.

The still-expanding concepts inter-linked through the “Silk Road” thread, include:

Chinese leaders love to read history. And they are now starting to channel their understanding of Britain’s and Holland’s initial, fruitful deployments into Asia via economic entities – their East India Companies.

But it does want to build the infrastructure that much of the rest of the region lacks.

This would accelerate Asian growth overall, and it would link the new, modern communications systems – freeways, high speed and freight rail lines, air routes and ports, and even Internet providers – in to China as the vast hub.

China thus becomes again today, as during the first Silk Road 15 centuries ago, the core of the world’s great value chains, their indispensable heart.

The program partly hinged off China’s desire to gain access to the largely undeveloped resources of remote Central Asia.

But it rapidly expanded to absorb the entire region, in a new Great Game that far eclipses predecessors.

The involvement of China’s neighbourhoods in production chains is a process that has been under way, in a less concerted manner, since China first began the “opening and reform” era under Deng Xiaoping 35 years ago and became the world’s factory.

But the process is about to receive a massive acceleration, one that will enable Beijing to feel it can start to retire the mantra of the ruling communist party about suffering “a century of foreign humiliation” from the Opium Wars until the People’s Republic was inaugurated.

The hour of foreign vindication is at hand instead.

The decade – or even, some are now whispering in Beijing, longer – of Xi’s leadership began with China testing its neighbours’ attitudes to sovereignty, with its forays in the East and South China Seas.

China has not fully resiled from that exercise. But it learned enough from the readiness of the region to resist and to seek greater involvement by the USA, in order to deploy now, far greater resources into its new, economically-driven Silk Road vision.

Nor is China pulling back from its involvement in global or multilateral bodies.

But it has tended to feel outnumbered and outgunned there – symbolised by the failure of the International Monetary Fund to reform itself sufficiently even to redistribute a modest 6 per cent of its shares between the countries led by China whose share of world GDP has soared since the system was established after World War II.

The US Congress has been the body holding up that latter reform since 2010, for which the Obama government must share some responsibility, for failing to manage effectively its relationship with the legislature.

But instead of labouring this point, China has decided to move on – and is now seizing its opportunity to fashion organisations that better reflect its own priorities, and possibly also those of the broader region.

This diplomatic impetus is coinciding with an economic and social impetus.

While the flow of people to China’s cities continues, it has slowed, and the country’s demography under the now-unwinding one-child system has seen the working population peak in 2012.

Demand for the development machine is consequently slowing at home.

And the government has been saying with increasing volume that the country has been over-building, and depending too much on manufactured exports – exacerbating the pollution that, together with corruption, have cast a pall over the popularity of the communist party.

And although growth remains brisk at about 7 per cent, it has inevitably moderated recently as the big-ticket items for a modern economy have started to be completed, and as restructuring gets under way towards a greater role for services and for consumption, and less for manufacturing and for inputs.

Former ambassador to China and director of several China-focused corporations Geoff Raby notes “a huge swing to services,” and that consumption now comprises more than half GDP.

The economy continues to generate significant savings, even as it is changing.

These have included the immense profits of state owned corporations, many operating in monopoly or oligopoly situations in strategic sectors such as finance, communications and utilities.

The leadership team under Xi – with Premier Li Keqiang commanding the nitty-gritty of economic management – is putting pressure on these companies to perform more efficiently, with less waste, and with less grandiose spending on their own managements and head offices.

But the savings liberated by the redirection of the economy are unlikely to end up substantially in the pockets of Chinese households.

For the new Silk Road drive is hugely demanding. To prove themselves, state owned and private Chinese companies must now find projects and partners in this vast Silk Road neighbourhood.

Making China’s money work better for the now declining work force, for those starting to retire – who are growing old before they grow rich, as the Chinese saying goes, but who won’t mind so much if they still grow rich – and for companies that have reached saturation point in the domestic market, is going to become ever more important.

That means, in big part, investing it in economies – ideally nearby – that need it, and have the potential to grow as fast as China did in its early reform years.

This may also involve the shift to these countries – such as Kazakhstan, the vast land in central Asia, or to Myanmar, or to Cambodia – of some of the more polluting types of heavy industry no longer acceptable in Chinese neighbourhoods, and of some labour-intensive factories being priced out by growing Chinese wages as the pool of workers declines.

China’s own internationally competitive manufacturing sector was crucially driven as it began to crank up, by capital, managers and technical experts from Taiwan and Hong Kong.

China will now increasingly play that role itself, in its developing neighbourhood.

If this new Silk Road vision is fully realised, it will revive the demand for commodities – many produced by Australia – that has slowly declined with China’s own need for new infrastructure and inputs.

This is the other side of the “fox hunt” coin. As China’s security agencies have begun pursuing corrupt officials across the globe, Chinese money has also come under surveillance.

And at the closing press conference of the National People’s Congress last Sunday, Premier Li was asked if he was concerned about Chinese property investment being blamed in Australia and elsewhere for pumping up home prices.

His answer underlined the implacable priority now placed on the “going out” of Chinese corporations and capital: “The Chinese government will encourage Chinese companies and Chinese nationals to go overseas.”

He told fellow APEC leaders in Beijing how his new vision is of “a three-way combination of infrastructure, institutions and people-to-people exchanges, and progress in policy communications, infrastructure connectivity, trade links, capital flow and understanding among peoples” – integrating these countries into a network in which China is the common skein of silk.

This is a long-term process that has only just started to get under way, but it’s one about which Australians need to be alerted, to examine the fresh opportunities and challenges it presents, and to decide how swiftly and how deeply we participate.