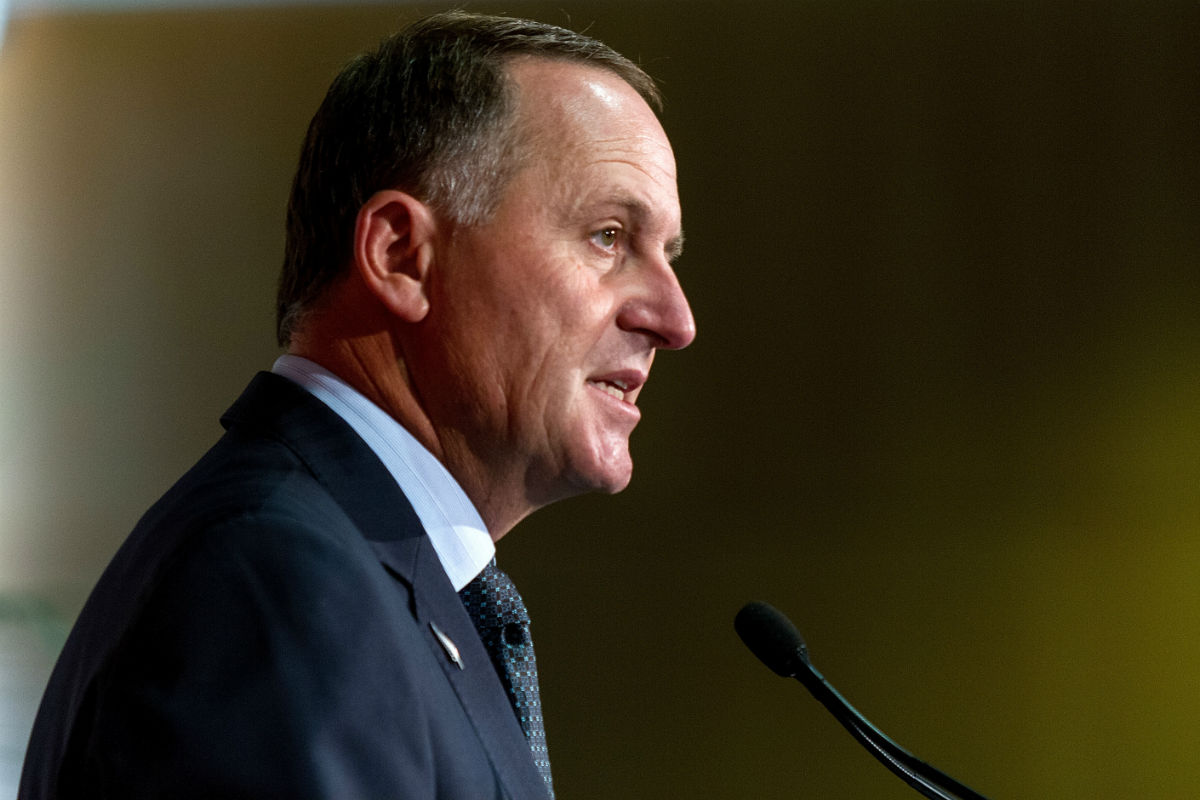 ABBOTT CAN LEARN FROM THE CENTRE-RIGHT MASTER: JOHN KEY

IF Tony Abbott were in the market for some discreet advice from the world’s most successful centre-right leader, he would be in luck today. He and John Key, as joint hosts of the Cricket World Cup, will be watching the clash of the favourites together in Auckland.
It won’t be Abbott’s only chance to swap notes with New Zealand’s Prime Minister. He will meet Key more often than any other international leader during this Anzac centenary year.
Compared with Abbott, Key doesn’t have to cope with a fractious Senate or bolshie states, and has only one-fifth the number of voters to keep happy. But he does face the challenges of a bizarre voting system designed to favour minority parties and an electorate that is left-inclined, having voted in Labour governments for two-thirds of the previous 25 years.
Key won government for his National Party-led coalition after two years as opposition leader, and has since won two more elections – last September with the biggest recorded pro-government swing.
In recent polling, his party gained more than five percentage points on that election performance. When asked if Key is a capable leader, 81 per cent of Kiwis polled said yes, compared with Abbott’s latest satisfaction rating in Newspoll of 25 per cent.
During last year’s election campaign, Key declared his country is ‘on the cusp of something very special”. In fact, he has so successfully seized the centre of NZ politics that Labour, in its frustration, has churned through five leaders since he became prime minister.
He leads as if driving a car that straddles the centre white line on a mountainous road. People keep trying to overtake from the right and the left, but he won’t budge.
Four years ago, Key even managed to raise the GST, from 12.5 per cent to 15 per cent, without significant political anguish. He compensated voters by cutting the personal and corporate tax rates.
New Zealand’s top personal rate, as a consequence, is now 33 per cent on income over $NZ70,000, while Australia’s is 45 per cent plus the Medicare levy.
The NZ company tax rate is 28 per cent, Australia’s is 30 per cent. The NZ dollar has steadily moved close to par with the Aussie, this week reaching a record 96.77c.
The NZ Reserve Bank has signalled it will hold its core rate at 3.5 per cent, while the Reserve Bank of Australia has been forced to cut to 2.25 per cent, with an indication that more falls may follow.
The World Economic Forum’s index of global competitiveness has Australia at 22, NZ at 17.
In 2014, NZ gained a record net total of migrants – 50,900. This was due in part to the staunching of the outflow to Australia, which peaked at 4300 in February 2001.
In October last year, more people arrived in NZ from Australia than travelled in the opposite direction, for the first time in any month since December 1993.
‘It’s a big milestone,” said Key, who was recently voted chairman of the International Democratic Union, the grouping of conservative political parties.
So, what’s he doing that’s so right?
He and Abbott can certainly agree on the big goals – including wrestling down oversized government sectors and boosting growth opportunities by internationalising the economy. They share some cultural values. Key, for instance, restored knights and dames in NZ before Abbott followed suit here.
But while Abbott has found it hard to shrug off even spurious claims about his student past, Key has been called Teflon John because criticisms don’t seem to stick, due to his personal style.
Key has been able to instigate debate about a new flag – he favours a silver fern on a black background – to be determined at a referendum, while ensuring this doesn’t trigger demand for a republic.
John Armstrong, chief political commentator at The New Zealand Herald, described the prime minister’s annual written statement to parliament this month as ‘boring and predictable. Which is just the way John Key likes to play things.” He ensures the government provides something for everyone, while remaining within tight limits on new spending.
‘One moment he is tacking to the left,” Armstrong, says ‘and extending free doctors’ visits to children under 13, increasing paid parental leave from 14 to 18 weeks” and vowing to end child poverty. He earlier voted for gay marriage, backing a private member’s bill.
‘The next moment Key is steering to the right and targeting gangs and gang lifestyles, making every publicly managed prison a -working prison’ where inmates work, train or study full time, potentially weakening environmental safeguards in the Resource Management Act, encouraging more petroleum and mineral exploration, selling state houses to nongovernment entities at discount prices, and opening the door to the development of more charter schools.” On the eve of the last election, he completed a series of contentious privatisations.
This is wide-ranging territory within which to roam, Armstrong says – sufficiently so ‘to stop incursions by other political parties on the Nationals’ right flank … while enabling Key to squeeze out Labour”.
Key is focused – he abstained from alcohol and maintained his habit of a daily 5.45am run through the seven-week election campaign last year – but he is also affable. He has natural charm and speaks as easily with ordinary New Zealanders – he was brought up by his widowed, migrant mother in public housing – as with global bankers. His leadership through the 2011 Christchurch earthquake was widely admired.
Key has made frequent visits to Australia, talking with state as well as federal Liberal leaders.
He is too diplomatic to proffer advice before it has been requested, but when asked, what he has told his conservative peers here has been clear:

English is Key’s deputy and a former party leader. Key lauded him at the victory rally after the last election as ‘the best minister of finance in the developed world”.
James says English, a former farmer, ‘didn’t make the transition to leader”, and as a consequence is content to be the backroom genius connecting policy to implementation, moulding the public service to fit the government’s ambitions, creating ‘the developed world’s best balance sheet”. Without English, ‘the government would be adrift in policy terms”.Key, says James, is a leader who uniquely touches the NZ psyche and is greatly respected internationally. Key and English joke in public about their close relationship ‘because they have respect for each other’s very different capacities”, he adds. Before this team took office, English said they would take their cue from John Howard, moving forward step by step and taking New Zealanders with them. ‘Now it’s Australia that needs to learn from Key and English,” James says.