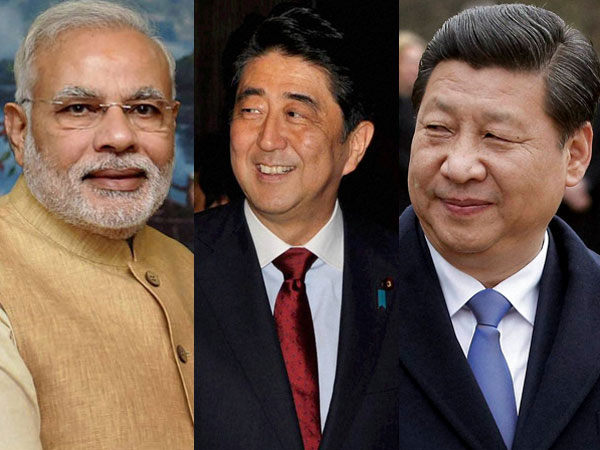 We’re going through a purple patch for leaders in the big Asian countries.

A few years back, we had the least known leader for a century, the ultimate committee-man, in charge in China, a bright but exhausted economist, wearied by political infighting, as prime minister in India, and machine-politicians succeeding each other after brief terms in Japan.

Now those countries – the most powerful in the world except for the USA, though Russia and Germany might stake claims – are led by giants: Xi Jinping, Narendra Modi, and Shinzo Abe.

Each charismatic, purposeful, and dominant within his own country.

Can they work out a way not only to avoid bumping into each other dangerously, but to co-exist and even prosper together? The signs are cautiously promising, but the winds that blow across Asia can always change direction suddenly.

A few days ago we saw Abe stride across America, asking of it a vision for a re-energised role in Asia, the world’s largest and most important continent, in a manner which demanded a positive response of the type that the US polity appears no longer capable of providing.

The bathetic attempt by Barack Obama and his Secretary of State, the incomparably incompetent John Kerry, to attract a caucus of Arab leaders to the US to discuss the American embrace of Iran makes for a sorry comparison.

Today Modi arrives in Beijing for a three day visit, his first since becoming prime minister a year ago.

Security experts and economists on each side have been billing this encounter with all-powerful President Xi as the latest round in a growing geopolitical contest.

India under Modi has intensified connections with the US, built military cooperation with Vietnam – involved in a bitter maritime dispute with China – and enjoys a special relationship with Abe, as Japan Inc launches a new investment wave into Asia.

In advance of the visit, Chinese media have complained about Modi visiting the disputed border region of Arunachal Pradesh, and Hu Zhiyong of the Shanghai Academy of Social Sciences wrote in Global Times that “due to the Indian elites’ blind arrogance and confidence in their democracy, and the inferiority of its ordinary people” – an unhappy phrase – “very few Indians are able to treat Sino-Indian relations accurately, objectively and rationally.”

He also told the Indian government to “stop supporting the Dalai Lama,” who of course lives there. Modi recently obliged, cancelling a meeting scheduled between the Dalai Lama and Amit Shah, president of the Bharatiya Janata Party he leads.

The Indian side has expressed its own concerns about China’s extraordinary $50 billion investment in an economic corridor through Pakistan, giving it land access to the port of Gwadar – because the corridor includes disputed territory in Pakistani Kashmir.

Modi has moved swiftly to intensify relations with other countries that China has long courted, such as Iran, Afghanistan, Nepal, and now Sri Lanka, and Indian ocean nations Mauritius and the Seychelles.

But the benefits of cooperation can also be immense, given the deep continuing developmental needs of both countries – though with China still well in the lead.

Modi, for instance, signed up India as a founder of China’s Asian Infrastructure Investment Bank, while China has held out the prospect of a “strategic cooperative partnership.”

China is escorting India into APEC membership, and leading the construction of new transport links between the countries.

The prospects for improvement are obvious. Total trade between these most populous countries in the world, is only half that between China and Australia.

GavekalDragonomics analyst Tom Miller says this economic potential will only be fulfilled once security concerns no longer overshadow the relationship, and doubts that their “huge trust deficit” can be plugged.

But that’s where the vision and authority of these three considerable leaders comes in. Their challenge is to retain their domestic support not only in spite of international deals that bring the three countries closer, but through doing them.

THE DANGERS OF DOING BUSINESS WITH A CHINESE CORPORATION SHELTERED BY ITS HOME TOWN COURT
THE PRICE OF STUDENT SUCCESS IN KOREA: THE LOSS OF STUDENT LIFE