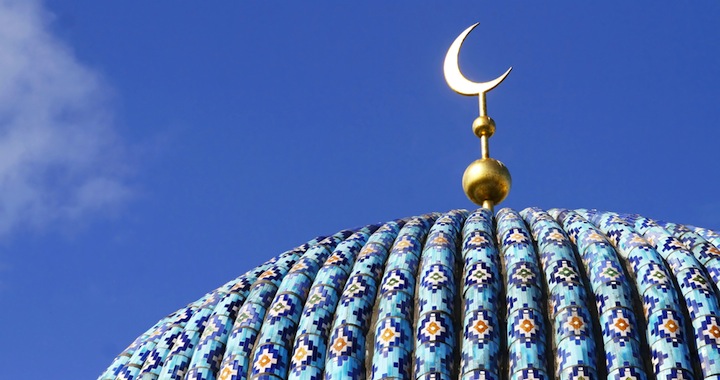 TO ASK WHERE ISLAM IS HEADING IS NOT ISLAMOPHOBIC

In the wake of the latest Islamist terrorist attack, in Paris, Australian experts are calling for an end to the growing trend of branding discussion of where the religion is heading as “Islamophobic” to close down debate.

Clive Kessler, emeritus professor of sociology and anthropology at the University of NSW and a leading scholar of political Islam, said yesterday: “It is important that our leaders identify and describe this atrocity correctly – which alas, I fear will mean ‘politically correctly’.”

He said that they would again differentiate between “the cult of death” and “the religion of peace.”

But while this may not stem from Islam, “rightly and truly understood,” he said, “it has everything to do with Islam – since it grows out of the rage against history that has long festered within Islam.”

Some have felt, he said, that they have lost the entitlement assured them by “the historically vindicated superiority of their faith-system, and hence also their ability to live in the world on their preferred terms, and to write the script of their own and everybody’s history.

“So there has lurked… a deep seated feeling that history has ‘gone wrong’ and that to restore themselves and Islam to their proper place they are entitled to ‘put things right,’ even by force.

“That is the rage in Islam. To pretend otherwise is foolish.”

He said that when he presented this view to a meeting of the federal parliament’s joint committee on foreign affairs two years ago – that what drives militant Islamist action is “the cognitive dissonance of a disempowered Islam” – “my view was pooh-poohed” by other experts at the meeting.

Anne Aly, research fellow in extremism at Curtin University, told the Australian that “there is a crisis within Islam that needs to be dealt with by Muslims.”

When visiting Pakistan in October to talk about radicalisation, she said: “The questions I was getting, focused on ‘what is it within us, that we allow extremism to take hold within our country?’

“There is a real desire and a will to be introspective. But outside Muslim countries, a lot of Western people don’t want to allow that to happen, because they want to keep pushing the idea that troubles in the Middle East and elsewhere are largely due to foreign intervention.”

That may be true to an extent, she said. But more important questions include: “What is intrinsic within Muslim countries, their cultures and traditions, that has given extremism a hold, and how are they going to solve these internal issues?”

“And those who are anti-Islam are not afraid, they are the kind of people who are driven instead by hatred, contempt and disgust.”

She said: “It has been used by some Muslims as a convenient label to suppress discussion and ignore criticism… meaning a person doesn’t have a valid point of view, rather than addressing what they say.

“But we need to address it.”

She said that “is people are proclaiming something in the name of Islam we should also be standing up and saying no, that is not a religion, that is an ideology, an extremist ideology.

“We need to differentiate between religion and extremist ideology that follows this global jihadi movement, we need to say no, you are not representatives of Islam, what you are doing is not Islam, it is not my Islam, or the Islam of the majority of Muslims around the world.”

Mark Durie, an Anglican parish priest in Melbourne who is an international expert on Islam, with a doctorate on the Indonesian province of Aceh, and author of “The third Choice: Islam, Dhimmitude and Freedom,” said that “Mohammed himself, the model of perfection for Muslims to follow according to Islam, had people assassinated for mocking him.

“This established a precedent in Islamic law that it was not a crime to kill people who speak against Mohammed. This is the problem in the root of the religion.”

He said that a story posted about the Paris murders on the ABC website, a conflation of original copy and wires, “which speaks about ‘insulting the prophet,’ epitomised one aspect of the problem: exaggerated respect and devotion to Mohammed.

“Since when was the ABC an Islamic organisation that promoted belief in the prophethood of Mohammed?

“This kind of language… is an absolute victory for the terrorist cause. Since when does the ABC refer, as a matter of routine, to Jesus as ‘The Saviour’?”

Dr Durie also asked: “When in the English language, it is possible to ‘insult’ or be rude to dead people? It is not possible outside of a some marginal spiritual practices to speak to dead people.

“Acceptance of an Islamic definition of blasphemy, including an Islamic theologically-laden title for Mohammed, as part of mainstream English is the heart of the problem of Islamization.

“And Islamization of our thoughts and language is one of the intended outcomes of such attacks.”