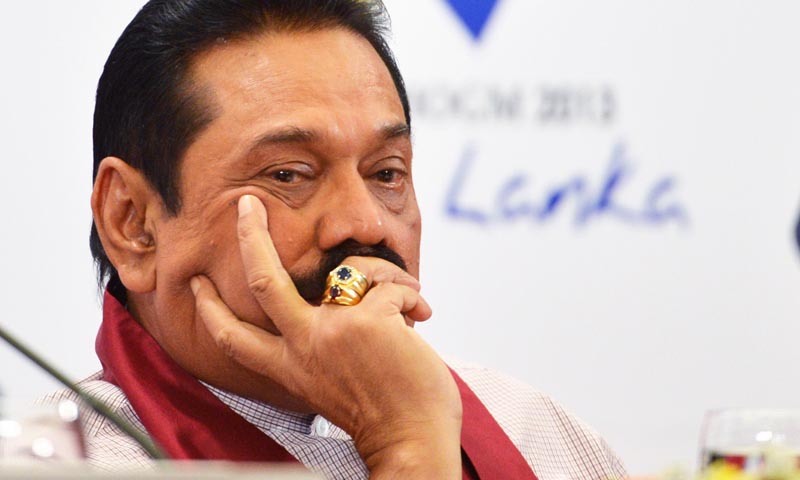 It can’t be said to balance up the terrible news from France. But here is the good news from Australia’s own region, Asia: democracy is alive and well.

Sri Lanka, despite the pervasive efforts of its detractors in the Australian social media and legal profession, has emerged as a shining beacon.

In the past few months, we have seen the peaceful change of power in two of the world’s three biggest democracies, India and Indonesia, to new leaders with vitality, intelligence and the common touch.

We have seen the coming generation of Hong Kongers defy the local representatives of Beijing, to plea for their right to choose their own leaders. The apparatchiks have begun conducting mass arrests, but this will not quash the city’s democratic aspirations.

We have seen voters in Taiwan – already a vibrant democracy – turf out the city mayors and councillors of a tired ruling party, probably in part because of the inexorable moves by Beijing, which strongly supports the Taiwan Kuomintang government, to cement its control of Hong Kong.

Both of the big powers of Asia, which are the two largest countries by population in the world, China and India, have in the past half dozen years suffered grievous terrorist attacks, the former in Kunming and the latter in Mumbai.

But while their methods have at times been questionable, neither have taken a step backwards in constricting Islamists’ capacity to recruit and operate.

Asia, in contrast with Europe, is throwing up leaders.

Another, who has just won a significant election, is Japan’s Shinzo Abe, a controversial figure but a decisive one.

Sri Lanka, with a population almost that of Australia’s, has been the target of vilification ever since its then president Mahinda Rajapaksa corralled the country’s resources in a determined effort to end in 2009, the horrific 26 years’ civil war conducted by the Tamil Tigers, who had deployed terrorist tactics including suicide bombings to grim effect.

The defeated Tigers – who had for years been fuelled financially and with weapons, by its many supporters who had migrated to or claimed refugee status in Western countries – then succeeded in dominating the Western response.

Instead of applause for the end of the war that had paralysed the country, the Western focus hinged on the manner of its conduct.

This in turn reinforced Australian support for Tamils who sought to come here by boat – 6,800km across dangerous seas rather than 30km across a shallow channel to get to India, which had long been generous in its welcome.

Papua New Guineans and their leaders suffered much the same vilification in some Australian quarters as Sri Lanka after Port Moresby agreed, with Kevin Rudd, to reopen the Manus asylum seeker centre.

The Rajapaksa government – which had begun to resemble dynastic rule, and was open to criticism on many grounds – was presented as cemented inexorably in office, justifying the unquestioning acceptance, even encouragement, of Tamils who funded and navigated their way here.

It was presumed by such overseas critics that the evil Sri Lanka regime would do all within its considerable power to stay in office.

About 81.5 per cent of registered voters – more than 12 million people – participated in a free and fair poll that saw the deceptively slight, bespectacled Maithripala Sirisena, a tough and brilliant veteran politician, score 51.3 per cent to win narrowly but decisively over Rajapaksa’s 47.6 per cent.

The remaining 17 candidates just about scraped together a total of 1 per cent.

Even in the capital, Colombo, Sirisena – who accused Rajapaksa, with some justification, of “acting like an emperor” – won strongly, winning 56 per cent to his adversary’s 43 per cent.

Despite the closeness of the outcome, and despite now facing the prospect of tough interrogation from an independent commission into the end of the war, Rajapaksa ultimately acted not like an emperor but like a democratic politician, and readily and rapidly conceded.

This transfer of power is a tribute to Sri Lanka, to its electoral commission, and to Asian democracy, which is now taking on a world-leading role.

A little credit to Sri Lanka would now be welcome – it has already been accorded by opposition foreign affairs spokeswoman Tanya Plibersek, who looks forward to working with President Sirisena “on strengthening the links between our two nations,” and applauds Rajapaksa’s undertaking to help a smooth transition.

American President Barack Obama also rightly commended the outgoing president, and described the election as “a symbol of hope for those who support democracy all around the world.”

TO ASK WHERE ISLAM IS HEADING IS NOT ISLAMOPHOBIC
MEGUMI’S TRAGIC CASE: A GIRL NOT LOST BUT STOLEN