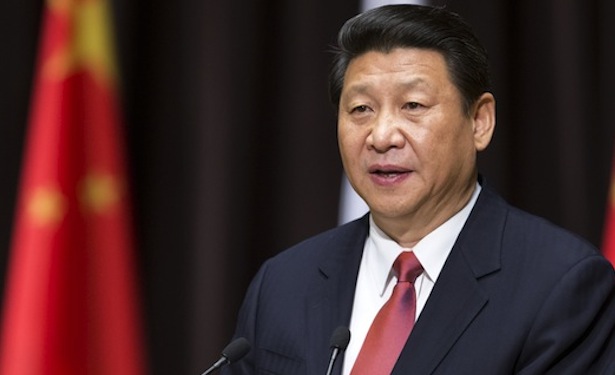 The surprisingly rapid dominance of President Xi Jinping has not yet subdued China’s political factions, which had effectively called the political shots for two decades.

Cheng Li, the director of the John L. Thornton China Centre at the USA’s Brookings Institution, did most to expose to the world the factions that kept the country’s leadership balanced but tentative following the death of the last all-powerful communist party figure, Deng Xiaoping.

Now Li, who on Tuesday delivered the Lowy Institute – AMP China Lecture in Sydney, is turning his attention to the country’s elite politics – which he says is certainly now no less important, and no less vicious.

He told The Australian that in late 2012, on the eve of the five-yearly national party congress, “I divided politics in two camps” – the taizidang or princelings, and the tuanpai or Youth League followers, broadly led by successive party general secretaries Jiang Zemin and Hu Jintao respectively.

The Politburo Standing Committee (PBSC), China’s peak decision-making group, that emerged at that congress was no longer balanced, Li said. Of the seven members, six were from the Xi-Jiang princeling faction, and only Li Keqiang, who became Premier, from the tuanpai.

“Xi received tremendous support from the top leadership. What happened next was quite dramatic.”

Some of the most powerful figures in the Chinese firmament fell, or were dragged down by corruption investigations – including Bo Xilai, the principal princeling rival of Xi, Ling Jihua, Hu’s chief advisor and head of the party’s United Front Work Department, and Zhou Yongkang, who had recently been chief of China’s security structure, a member of the PBSC, whose family and friends ran the country’s strategic oil and gas industry.

The anti-corruption campaign has targeted both “tigers” – heavyweight figures – and less important cadres, “flies.” Li said that four of the tigers brought down, were formerly associated with the princeling faction, “so you can’t say the campaign is driven purely by factional politics.”

But the campaign has created gaps in the ranks that can be filled by the next generation from within the faction, Li said.

“Xi’s real challenge now, is the consolidation of power so that he has his own people within both civilian and military hierarchies. That’s still very slow to take place.”

He points out that while Xi’s allies control the Politburo and its standing committee very clearly, the central committee of the party, comprising 376 people, presents a different picture, with Hu Jintao’s tuanpai camp holding a majority.

“In that regard, Xi still has an uphill battle. His relationship with Jiang and Hu remains complicated.”

It’s too early to say how the dynamics of top-level politics in China will play out, Li said.

“Everyone in power is interested in maintaining the party’s rule, and recognise the importance of dealing with corruption,” he said.

But a debate is now being triggered about whether it might be becoming excessive, and whether and how it may have an endgame. “And no one wants it to undermine their own or their family’s or their proteges’ interests.”

Xi faces the challenge, he said, that those next in line for promotion to the top jobs tend to be allies of Jiang Zemin’s faction, rather than his own personal supporters, who are moving in to position – but at lower levels for now, because they are younger.

Xi is changing the governance structure already, though, Li said, evolving away from the collective leadership style of Jiang and Hu who were first among equals.

“Xi is clearly already the boss, like Deng and Mao.”

But he said it was too soon to assume this meant the longer term return to the Chinese system of “strong-man politics.”

He said that “some say his assumption of control of ‘leading groups’ that determine policy, is a sign of weakness rather than of strength. In Deng’s later years the only body he chaired with China’s Bridge Association.”

Such consolidation of power, Li said, meant that Xi would have to shoulder the blame as well as take the credit, as policies work their way through.

“Twenty years of collective leadership have established a framework of retirement ages and of other rules and norms that will be difficult to change. Xi still has to follow some of the rules of this game. He still can’t direct, for example, who goes to which positions in every case, as Mao or Deng could do.”

Even in the Mao and Deng eras, he said, there were factions which required a share of power, and today China is becoming more pluralistic, and regional representation is becoming more significant.

Li said he wondered if instead, Xi’s brilliance as a politician might be directed towards improving China’s collective leadership rather than replacing it – “using his political capital to contribute to institutionalisation rather than taking the strong-man route.”

He said; “Xi is a man of contradictions. Yes, he comes from a very prominent family, he grew up in Zhongnanhai” – the party’s HQ in Beijing – “but he’s also become quite dramatically a man of the people, extremely popular among the Chinese public.”

Li said that “monopolised power,” which some commentators are already pronouncing as the hallmark of the Xi epoch, “brings with it huge costs and dangers, false friends and enemies.”

He said that Xi may not fulfil that expectation, and may instead introduce surprises, for instance through legal reforms, as he “constantly searches for his agenda, for his legacy.”

China’s political structure is not sufficiently accommodating or flexible, he said – adding that he would not rule out Xi considering appropriate institutional development.

At present, he said, Xi and his supporters “have made a lot of enemies” through the anti-corruption campaign, and “it’s not difficult to imagine some forces trying to undermine them.

“That’s why their chief challenge is to consolidate and develop their legal, economic and political reforms – for which they are buying time by applying old methods, such as the corruption campaign, that deal with symptoms rather than causes.

“That makes sense. No country can change overnight, and to make changes you need first to consolidate your own power. People can debate whether or how Xi is implementing it, but few say he’s got the wrong agenda.

“China is thus at a very critical moment.”