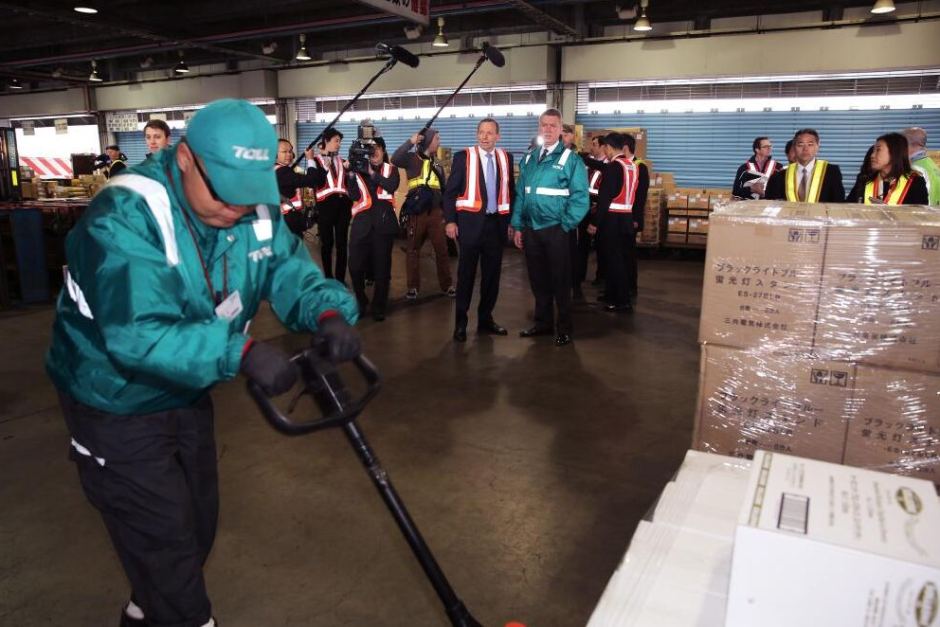 The generous terms of Japan Post’s takeover of Toll Holdings provide the perfect vindication for the sustained Asia-focused strategy of Paul Little and Brian Kruger and their colleagues.

For far too long, legitimate Australian corporate ambitions have been undercut and diminished by semi-xenophobic attacks from domestic market analysts and, if less loudly, superannuation funds.

We have seen companies’ stock values hit severely in the past, following consistent questioning of the point of setting up or taking over businesses in Asia, when they could instead be returning profits to shareholders directly or building at home.

The logic, of investing for the longer term in markets which offer both more capacity to expand and a faster pace of growth, has often been brushed aside by short-termism gone mad.

A couple of months ago, PricewaterhouseCoopers published a scathing report, “Passing us by,” which warned that despite the excited rhetoric generated by a succession of free trade deals with key Asian countries, Australian business is walking away from its opportunities to engage with the world’s engine of economic growth.

Only 23 per cent of our larger companies, PwC found, have any staff on the ground in Asia.

PwC partner Andrew Parker said: “Companies that are now successful in Asia arrived there up to 15 years ago, and they made their business plans and investments work.

“Unfortunately Australia is way behind. Asia is passing us by and we need to act now. This may well be our last chance.”

Toll is a great example of a board backing itself and its managers to persist with a robust Asia-focused strategy in the face of the critics.

Corporate Japan has a big appetite for Australian business. And in many cases, the attraction of investing in an Australian company, as well as that of involvement in a stable, well-regulated economy, is enhanced considerably by its openness to pan-Asian growth.

The great Japanese trading houses such as Mitsubishi, Mitsui, Sumitomo, Itochu and Marubeni, have built up over decades, massive involvements in Australian companies and projects that are mostly producing exports whose chief markets are in Asia.

While Toll’s dominance in the home market is crucial, operates across 16 countries, most of them in Asia, and focuses heavily in its ethos on being “the Asia-Pacific region’s most successful logistics provider.”

Clearly, it is the company’s regional and global potential that has prompted Japan Post to pay such a premium.

Toll’s former longstanding chief executive Paul Little, who still controls 5 per cent of the company, said yesterday that the deal vindicates his growth-by-acquisition strategy into Asia.

He said yesterday (Wed) that this strategy, which resulted in some write-offs and asset sales, had encountered many critics, who “now would be questioning the wisdom of those comments.”

When Toll decided to move into Asia, he said, “it was always going to take a longer time to get the right returns and take a leap of faith from investors.”

Even before yesterday’s announcement, Japan had invested $63 billion directly across a broad range of Australian business activities, almost half of its total investments here of $131bn – compared with the average 26 per cent of foreign investment that goes directly in to operations.

The free trade agreement that came into effect on January 15, set in the context of an especially warm government-to-government relationship that provides important comfort to Japanese firms, is expected to trigger a further wave of investments pioneered by the Japan Post-Toll deal.

The attractions of Australia for Japanese companies and their backing banks – which are mostly now well cashed up, with clean balance sheets – include its higher growth than Japan which is only now shifting into inflationary mode, the weaker Australian dollar that matches their own policy-weakened yen, and their familiarity with Australia 57 years after the countries’ first commerce agreement.

That in part explains why Japanese investors – though also like those from China and other Asian countries – mostly prefer to keep Australian management teams intact after a takeover.

They are buying the expertise that has seen the company succeed, they have done due diligence on the operation, and they prefer to keep a successful team intact – in contrast with many takeovers by Western corporations that tend to seek immediate “synergies” by collapsing local managements.