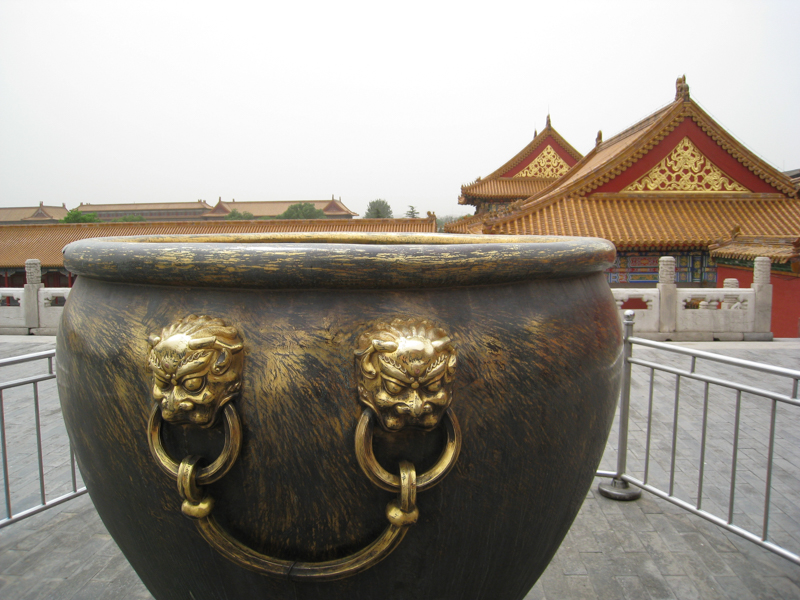 A crowd files into a massive theatre with raked seating, each person given two large paddles, red and blue.

The city mayor and other senior officials are on the stage.

They talk up their new pet projects, and defend the record of their departments – transport, environment, schools – over the past year.

Members of the audience have their say and ask their questions, then comes the time of reckoning – they vote, blue for no/unsatisfactory, red for yes/satisfactory.

This, after all, is Red China.

But this is also 2015, and the meetings – held each Friday each October – are broadcast live on local TV, to the rest of Hangzhou, an ancient city near China’s central coast, which contains the famous West Lake, inspiration of painters and poets for centuries.

Chen Kang, a professor at the National University of Singapore, an expert on China’s economic reform, has recently turned his focus on new paths like this towards “deliberative democracy” in China – about which he has been speaking this week for the Australia-China Relations Institute at the University of Technology, Sydney.

As China has grown richer, and has begun to pay more taxes – its grass roots population has naturally begun to expect more and better services from the government.

But at the local government level, the main area of interaction with China’s 1.3 billion citizens, not only has frustration built up where government performance is lacklustre, but resentment has also grown, over officials apparently rewarding themselves and especially over forced land acquisitions.

Local governments depend on land sales for at least 35 per cent of their revenues on average, and have in the past onsold to developers, land taken from farmers, with a mark-up often reaching 30 to 40 times.

This has prompted scores of thousands of “mass incidents” – demonstrations, office invasions, group petitions, labour strikes – every year, arousing anxiety for the central government and temporarily destabilising the local economy.

The anti-corruption purge or campaign being driven by President Xi Jinping – who has vowed to swat corrupt “flies” or local officials as well as hunt down “tigers” or powerful crooks – is one part of the central government’s solution.

Another, is to give people more of a say at the grassroots, so projects that, for instance, involve potentially dangerous pollutants – but which may line the pockets of officials, or appear to do so – can be vetoed before they trigger violent protests.

As such challenges emerged in the late 1990s, three-yearly elections were sanctioned by Beijing at the lowest administrative level in China, under the Organic Law of Village Committees.

But this scheme began to lose steam, as the local communist party officials usually contrive to remain, predictably, in power.

While village elections continue in many areas, and have moved up a layer in some, to township elections, it is not clear that this trend has the full backing of Xi, an unequivocal champion of party leadership.

But the alternative, in terms of addressing local governance issues through forms of “direct democracy,” is now clearly sanctioned, and starting to spread.

Professor Chen told The Weekend Australian that promoting stability is a crucial goal.

Local leaders whose districts are afflicted by “mass incidents” usually don’t get promoted. The answer now being pursued, he said, is to involve people from the start of new projects and programs.

One of the districts he is researching is Jiamusi, near the Russian border in Heilongjian.

Its leaders are seeking to respond more effectively to a Beijing directive to improve the attractiveness of rural areas – after meeting resistance from fed-up rural folk.

Previously, that response has involved, annually, painting the walls of buildings facing main roads and improving road surfaces – for which farmers have been expected to co-pay, through money or labour – followed by a brief “inspection tour” by local leaders in a limousine convoy.

Inevitably, said Chen, they became hostile to such directives. “They asked, why should we pay for sightseeing tours?” And they threatened to withdraw any future involvement.

The new answer, is local meetings, at which villagers discuss options for projects, including how to handle waste. The local government pays for 80 per cent, and the residents provide the rest in money or labour.

“Things are really moving there now,” Chen said. “The new basis, is no consensus, no funding.”

The Hangzhou public meeting model emerged from running feuds with residents over the modernisation of housing within the area of the old city.

The government for instance, micro-managing in the usual fashion, insisted it knew best where to install additional toilets it was helping to fund in an ancient building.

Now, such issues are resolved at the public meetings. This is not a model that can be replicated everywhere, Chen said, because Hangzhou has a rare concentration of residents whose families have lived in the city for many generations and carry its culture in their genes.

Xi, he said, is keeping a close eye on such developments, because “he wants to develop a China model for participatory democracy” that is different from the Western electoral template, and opposes praising “GDP heroes” for boosting growth at any price – while “on the other hand, he doesn’t like to see power going outside the government.”

Gradually, though, Chen believes, such schemes “will change China’s political culture from below.”