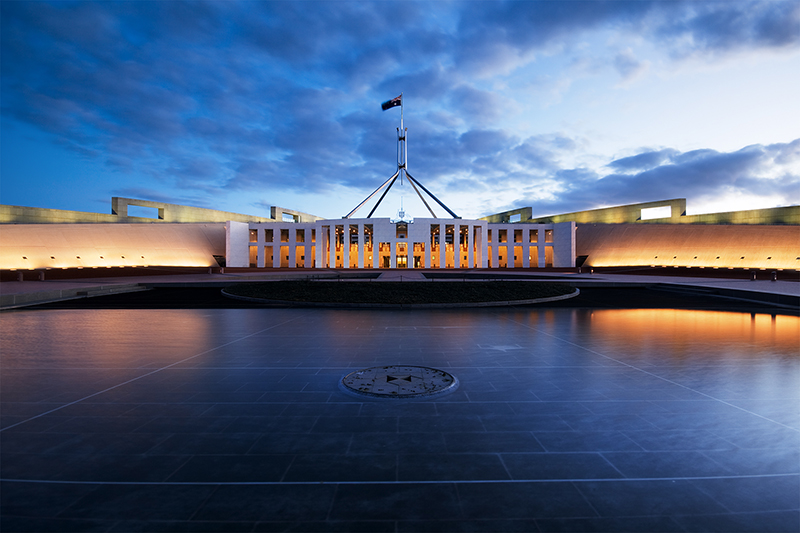 HAVE AUSTRALIANS LOST THEIR REFORM MOJO?

“The Greek election has dire warnings for governments who think they can push ordinary people around, and the LNP and Labor need to heed the warnings of the modern political environment: the globalised economy is not delivering improved living standards to the broad world populations, and the day of reckoning for the new aristocrats is drawing to a close.”

Have we Australians lost our mojo, our readiness to embrace reform to keep the country on the move? Have we become today’s blithe “new aristocrats” in an Age of Entitlement?

The politics of the day are all about leadership – in Canberra, in Queensland, in Darwin, elsewhere.

But behind the personality politics looms a graver policy dilemma – are we turning our backs on development, a core component of Australia’s identity?

In South Australia, the message was – steady as she goes.

In Victoria, new Premier Daniel Andrews said in his victory speech: “There are some that wanted (the election) to be all about unions and workers, and that is exactly what it was.”

Labor’s key election planks there, were to cancel the biggest infrastructure project on offer, and to meet swiftly the wage demands of public sector workers such as ambulance workers.

Only in Tasmania has a leader vowing a reform program recently won – Liberal Will Hodgman – but in a mild package, and against a party in power for an exhausting 16 years.

At the federal level, Tony Abbott received a healthy mandate for cutting unpopular taxes and stopping the boats. He’s done that, but to only a smattering of applause.

The other part of the government’s agenda – restructuring the economy to boost productivity and cut debt – has been given a big thumbs-down by the Senate and by voters according to polling.

Labor – in most states and in Canberra – is providing a political rallying-point lacking in previous periods of voter resistance to reform and support for protectionism.

The international setting is crucial.

The ABC website commentator asserted that “the globalised economy is not delivering improved living standards”.

Yet our neighbours – including in New Zealand – are relishing their rising living standards, which they widely recognise as being delivered through the internationalisation of their economies.

The table on this page reveals where we’re placed on this measure – near the bottom.

Labor leader Bill Shorten, former Treasurer Wayne Swan and a host of academic economists have described the Australian economy as “the envy of the world” – at least until 16 months ago when Labor left office.

Such claims stem from comparisons with the floundering members of the Paris-based think-tank OECD.

But in our own regional context, we’re languishing. And time is running out for us to get with the strength.

Our Asian neighbours – already our main business partners – are starting to pull away from us in lifestyle and infrastructure terms.

Trade and Investment Minister Andrew Robb has led the charge to open up the economies of our major trading partners to our businesses, also lowering the prices of many imports.

But the mood of the nation is drifting in a different direction. The plethora of small parties now represented in our parliaments is largely protectionist and set against change.

Ross Garnaut played a leading role in advising Bob Hawke on his succession of economy-opening reforms in the 1980s, then after being ambassador to China produced the prophetic report urging Australia to embrace the “north east Asian ascendancy.”

In an Australian Senate lecture he said: “We have had a big productivity growth problem since the early years of the century… We have a long term budget problem, a big one… There are no quick fixes.

“The priority for the immediate future is to restore enough growth in economic activity to stop the deterioration in employment relative to population, and to start the repair.”

Key elements of the international context include:

The USA is returning to economic health, chiefly because it has embraced restructuring – tapping domestic sources of oil and gas, boosting manufacturing productivity, internationalising through trade deals.

In contrast, many countries in Europe are struggling. The new Greek government demanding Brussels cancel its debts, and massive demonstrations by the new Spanish “anti-austerity” party are signs of this.

Asia-Pacific citizens are instead widely backing tough reform programs, including in:

Japan – where the 3 arrows of the “Abenomics” restructuring have received a fresh mandate.

South Korea – which is chasing foreign investment as a big new priority, and is determined to become the world’s trade deal champion.

China – where the economy is shifting massively, from a focus on manufacturing and investment towards services and consumption, with “marketization” the new catch-word.

Indonesia, where big subsidies, most importantly of oil, are also being unwound.

New Zealand, whose centre-right government is now in its third term, implementing a clearly enunciated program to halt new government spending, increase the GST so income tax could be cut, privatise state corporations, and turn budget deficits into a surplus.

Why and how have Australians lost their heart for reform?

Labor has come under pressure from the big-government Greens to its left. Increasing numbers of academic opinion-leaders, focused on environmental “sustainability,” appear to be by default opposed to development.

And reformers seem to have lost their voice.

Communications Minister Malcolm Turnbull, one of the successes of the government in a challenging portfolio, said last weekend that “leaders must be decision makers, but they must also be, above all, explainers and advocates, unravelling complex issues in clear language that explains why things have to change and why the government cannot solve every problem.”

It was necessary, he said, to explain clearly “that the emerging challenges posed by globalization, convergence, and rapid technological change are all forces that are not going to go away, or able to be somehow resisted.”

And, he added, “it is vitally important, both as a matter of social justice and political reality, that structural changes are seen as being fair across the board.”

Much of Australia seems to have drifted away, closing its ears to such challenges, sticking safely with the like-minded in the echo-chambers of social media.

The fragmented Senate is being backed by many voters in its reluctance to concern itself with Australia’s living beyond its means.

Expressing anxiety about this may evoke the satire of Bertold Brecht, who asked bitterly in 1953: “Would it not be easier… for the government to dissolve the people and elect another?”

But might there be alternatives to dumping either leaders or electorates?

Peter Drysdale, emeritus economics professor at the Australian National University, says: “These are challenging times, when all our major partners face huge structural change and the need to put in place comprehensive reform agendas to deal with them.

“But it’s a nonsense, of course, to suggest that the people can’t be persuaded to get behind change as they have in the past, though there needs to be coherent and consistent leadership if they are to be persuaded to do that.

“That our major partners in the region are similarly committed should ease the burden on us and deliver opportunities that make the achievement of our national economic goals easier.”

Saul Eslake, chief Australian economist at Bank of America Merrill Lynch, points out that “all of the ‘low hanging fruit’ on the reform tree were picked between 1983 and 2000. What’s left is, in nearly every case, really hard politically – and there is far less consensus as to what reforms should be pursued.”

Earlier oppositions, he says, were willing to rise above short-term partisan interest.

“But Labor walked away from that as soon as they went into Opposition in 1996, the Coalition did the same between 2008 and 2013, and now Labor under Shorten” is following suit.

“In addition, we no longer have as political leaders, people as effective at persuading the public of the need for reform – ‘creating a narrative’, as Keating would have said – as Hawke, Keating, Howard and Costello were.

“That may be partly a product of the fragmentation of the media, but is probably also a by-product of the narrower pool of life experience from which our political leaders are drawn these days.”

Warwick McKibbin, public policy professor at the ANU who was for a decade a member of the Reserve Bank board, is concerned that “in most current policy debates the extremes dominate the argument, reinforced by sound-bite reporting and uninformed blogs.

“Reform should still be possible if the case is articulated clearly and a sensible policy proposed. You can extend this argument for a middle ground to reform of the labor market, of health care, of education etc.

“Extreme idealistic views from the Left and Right are dangerous because they polarize and destroy genuine policy reform. In the end Australia’s future wellbeing will depend on genuine bipartisan cooperation between the moderate Left and Right acting in the national interest.

“The first political leader to recognize this will deservedly remain a leader for a long stable period.”

Tim Harcourt, the J.W. Nevile fellow in economics at the University of NSW, is puzzled by the language used about reform – too often today “just about cutting expenditure and sacking public servants. Reform is not just a fiscal measure.”

He said that in the 1980s and 1990s, Australia did not just follow the reform programs of Margaret Thatcher and Ronald Reagan, but “built social capital at the same time as opening our economy.”

He urged: “If we talk about the incredible opportunity in Asia, and the need to invest more in education to improve our productivity and competitiveness, people will respond.

“There’s a lot that both sides of politics could agree on, if the language of reform were re-framed.”

David Burchell, senior lecturer in history and political thought at Western Sydney University, said: “The coincidence of the Greek election, and similar trends in Spain, with our state elections is a bit creepy,” arousing “the fear that the Australian electorate may be heading down the same path: refusing to acknowledge our diminishing economic stature, and closing our eyes to what needs to be done.

“And that leads to the further fear – that if that trend is maintained we will see the continued rise of politically-ambiguous reckless populism, whether of the Greek kind, or our own beloved Clive Palmer’s kind.”

In 1980s and 1990s Australia, he said, “there was an heroic narrative of an insular nation turning outwards to the world, and being enriched both economically and culturally as a result. By contrast, the narrative now sounds like policy-wonk stuff.

“But if there is a global crisis of liberal democracy and its institutions, leaders here should be able to invoke that as part of our narrative: we will buck the trend, by agreeing as a nation to a responsible economic path, without having to descend into gridlock or teeter towards authoritarianism.

“That could be a positive narrative about the Australian nation, our character and history. And of our place in the region.”

He fears, though, that neither government nor opposition “have any idea how to speak” convincingly about reform, and the need for bulwarks of fairness.

“The result is that one party looks terrifying, the other purely opportunistic.”