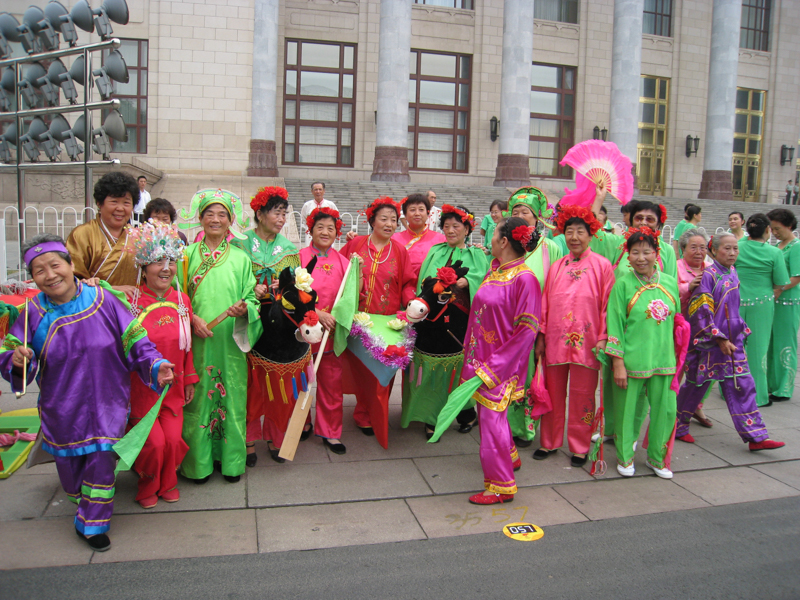 To answer these questions, it helps, I think, to have lived in Asia. People’s perceptions of Australia range hugely of course. In China, the initial response is often “ah, dai shu” – pocket mouse – meaning kangaroo. Our fauna, featured on countless wildlife TV programmes, are our best known feature by miles.

Growing numbers have been tourists here, or have studied or know students here. So there are first hand impressions, which can be quite quirky. Many Chinese students, for instance, live effectively in ghetto worlds while here and have only tangential contact with Australians.

The media accounts of Australia that get a run in Asia are, like those in Western countries, often about weird and whacky events, about Alice Springs’ Henley-on-Todd Regatta in a dry river bed, or about tourists consumed by crocs. And they are usually derived from wire stories, which are themselves often written by journalists in Sydney who have ripped them from Australian domestic media.

For there are only a handful of Asian foreign correspondents in Australia (or anywhere else in the world, including within the rest of Asia, for that matter). There are local freelances, but that’s a different matter.

This reinforces the importance of Australia’s own media building an audience in Asia. That’s not easy; we don’t have the size of diaspora of the Indians or Chinese who can build on them as a core market, or the natural curiosity about Australia that exists in Asia about America, say.

It has been a bold and welcome stroke, then, for the federal government to have invested in a decent Asia-focused TV service relayed through the region. Sitting between Bruce and Angelos, I am reluctant to say that Australia Network is unbeatable, but I can say it’s doing a terrific job, infinitely better than the woeful previous incarnations. And TV as a medium retains great influence and prestige in Asia. It’s important that it remains focused on the region, though; a global Australian service would fragment it and see it lose the focus and the relevance that makes it stand out today; it would become a pale shadow of a service like insipid and flavourless CNN or BBC World.

What message do we want to send to Asia? We want, essentially, to be noticed, to be counted in as corporate, cultural, political decisions are made. We want to be viewed as relevant. Warts and all is fine. Irrelevant is not.

Contribution to festschrift for Professor James Griffin on his 80th birthday:

“Jim’s role in this cornerstone of Moresby society – and indeed of the national polity, for several years – was to provide historical context and themes, to pull threads together, to make sense of the apparent craziness and indubitable corruption of that world. And, of course, to be the civilising genius. We all felt lifted into a better realm, a more humane and purposeful one, through Jim’s analysis of the meaning of this sacking or that deal…”

Jim at the heart of Port Moresby’s Great Game

I first met Jim in 1982, I think it was, when I dropped in on the Brashes’ place. Elton had just become vice chancellor. We were already engaged in conversation in the airy living room, the louvres wide open, when I realised that we were in the presence of another guest. It was Jim, having an afternoon snooze. Elton whispered that Jim wasn’t well, that was why he had come round. But he awoke suddenly, and almost immediately joined in the chat in a most animated and entertaining manner.

It was as if he had always been there, somehow, in that intense world crowded with colourful people – but as if for some reason I had not been consciously aware of his presence (I arrived in Moresby on Friday, February 13, 1976, after Jim and Helga had left).

The other inhabitants of the milieu beyond the campus into which we immediately lured an uncomplaining Jim, felt the same. He became almost instantly, a core element, his rare absence lamented.

This world was a PNG version, if it can be imagined, of the Bloomsbury Set salon enmeshed with a political rogues’ gallery from Mayor Daley’s Chicago, diplomats out of Evelyn Waugh’s “Scoop,” the odd corrupt businessperson, and journalists who would have loved to have been in Billy Wilder’s “The Front Page.” Among the more colourful characters were the journalistic doyen Sean Dorney, general hospital superintendent Damien Wolfahrt – who always told the most lurid and entertaining stories – and my “bro,” the brilliant Highlands columnist and observer of PNG quirkiness, Joe Koroma.

The top staffers for the prime minister and other leading politicians often turned up, as did ambassadors, high commissioners, visiting consultants, the whole town’s journalists young and old, and of course, academics led by “the Prof” – Jim.

The venue changed, but for the longest period, the golden years, was at Word Publishing’s functional renovated warehouse in Hohola, more or less at the geographical heart of the then city. Once the rest of the Word staff left after 5pm, there was a rush down to the liquor store at Gordon’s for a few slabs of SP from the cold-room. The Friday-night club – no membership required, just a willingness to talk, listen and laugh – would then start to arrive, contributing towards the drinks or bringing their own.

Given the frequency of fights under liquor in Moresby, it was an indication of the sunny disposition of grace that framed our sessions, that almost invariably, the Friday night crowd instead simply agreed to disagree.

As the evenings wore on, and the momentous political events of the week, the scandals and the gossip, were unwound and dissected, the hard core remained – including usually myself, for I had to lock up, and naturally, Jim. There would be a swift debate about which restaurant we should attempt to rush towards before it closed. Usually a Chinese joint in Boroko, their round tables aids to continued conviviality. Everyone would cram into the cars. Jim’s tiny two-stroke machine would be especially dangerously packed.

A tradition soon developed, that no Friday night would be complete without a song from “the Prof” – either at the main “club” session, at the restaurant, or even at someone’s pad afterwards, sometimes mine if there still seemed to be stories to tell.

Jim’s role in this cornerstone of Moresby society – and indeed of the national polity, for several years – was to provide historical context and themes, to pull threads together, to make sense of the apparent craziness and indubitable corruption of that world. And, of course, to be the civilising genius. We all felt lifted into a better realm, a more humane and purposeful one, through Jim’s analysis of the meaning of this sacking or that deal.

The most lovely aspect of this magical interlude in our lives, was that everyone felt – and was made to feel – absolutely equal, and more than that, capable of higher achievement. Our young reporters at Word Publishing, writing for The Times of PNG which had been launched in 1980 and was entering its heyday as a powerful influence on national life and on journalistic standards, and for the Tok Pisin paper Wantok (which survives today, splendidly), and for the youth magazine New Nation, viewed Jim as a mentor in generous living. He had time, he made time, for them. None more than the brilliant Frank Senge/Kolma, who has progressed – like others – from a great journalistic career to a failed political one.

This was a setting in which someone should have written PNG’s Canterbury Tales, or a rival to Graham Greene’s Our Man in Havana or The Power and the Glory. But they didn’t – or haven’t yet. Jim would be one of the core cast of characters. Who would play him in the film version though? Could Russell Crowe grow a sufficiently convincing beard?

Postscript: The sound of Jim’s voice has become a vital thread in the life of my whole family since then: singing Handel’s aria Where’er You Walk at the reception after our wedding, where he was our best man, singing the songs of the 1940s with my indefatigable mother Rose, now 92, and singing that deliciously sinister tune The Teddy Bear’s Picnic to our daughter Rose, which was recorded and is a favourite family video.

Is it possible that his voice might again be heard on his 80th?

China: The Next Chapter

“Immediately after that announcement in the Great Hall, I asked people in a bus queue round the corner, what they knew of the heir apparent Xi Jinping. None had ever heard of him, but all knew and liked his wife Peng Liyuan, a famous singer of patriotic anthems who for years scored the top slot, approaching midnight, at the most viewed regular TV show of the year, anywhere in the world: the variety program on CCTV on Chinese New Year’s Eve. ‘Oh is THAT her husband?’ they asked. Now the cover is being drawn over the song-bird as Xi’s public persona is promoted…”