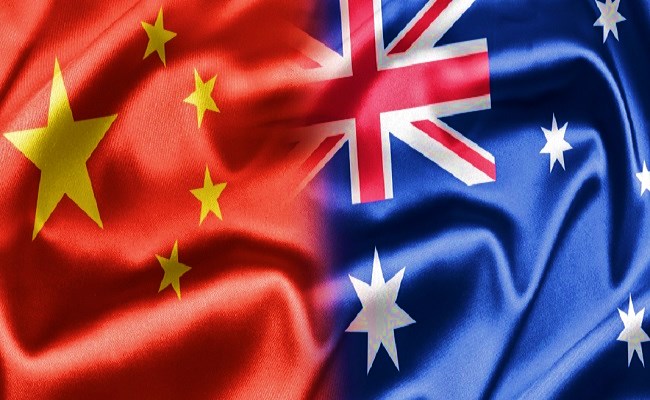 China’s national TV station CCTV9 interviewed me live a few weeks back on the international topic of the day: Australia as the bad guys.

The focus of the segment on the current affairs show, illustrates the pervasiveness of this line. It was on Kevin Rudd as the architect of a holocaust of camels.

China and Australia are battling over who gets to frame the terms under which their relationship – newly important for both sides – is conducted. That Beijing should even be bothered about the camel cull, underlines the effort it has been taking, to get on top.

This battle is vital for Australia because China is today such a massive economic partner – much more than the mere trading target it used to be. Chinese investment is pouring in, to revitalise Australia’s resource sector at just the right time – the global downturn, when our competitors are struggling hardest.

It is crucial for China because it cannot afford to give the impression, as it shifts gear into a global leadership role, that a country like Australia can gain the upper hand, or can get away with defying its injunctions against those it deems hostile – from business opportunists to “splittists.”

China’s media, diplomats, and others deemed as important in pursuing its “soft power” in the relationship, are required to participate in the pursuit of this cause which for a time sidelined the country’s vaunted “win-win,” mutual respect, formula.

That is a tribute of sorts to Australia’s bulked-up presence in the Chinese psyche, not least since the arrival of a Chinese-speaking prime minister. During previous periods of controversy, the hand-wringing has mainly come from Australia.

This time, following the stream of awkward events – the failed Chinalco-Rio Tinto bid, the Stern Hu arrest, the Defence White Paper, the Rebiya Kadeer visit – the volume of the debate has been as high in China as in Australia. And we have the visit of the Dalai Lama to come, in December.

The focus on the apparently enigmatic role of Kevin Rudd has been stronger in China – reflecting that the expectations by Beijing of Rudd were probably unrealistically high.

The Chinese party-state has tended to believe that people who truly understand China, also support what it says and does. That doesn’t always follow.

And in Rudd’s own case, since he has become leader of the Labor party he has not claimed for himself the “bridge” role often assumed for him, but instead originally sought that of “zhengyou” or true friend – a role which has now been clearly rejected by Beijing.

The broader hopes for the China relationship beyond the business world have for the present retreated to the safer ground of common interest, though the sheer volume of the person-to-person links today, including the 130,000 Chinese students in Australia and the Chinese tourists – 356,000 last year – indicate that the enmeshment course is inexorable.

China – confidently believing its system is now on the right side of global history – is testing whether it can lever its economic links to extract gains in the diplomatic and other realms, with Australia a classic testing ground. What is even more intriguing, is whether it also stands to gain better economic deals – by accident or Macchiavellian design – as a result of its pressure over diplomatic, strategic and cultural tensions.

The successive, and increasingly emotive, stand-offs between Australia and China have served a useful purpose – to educate people on both sides about the nature of those societies and especially their political and legal structures, neither of which is set to evolve nearer the other any time soon.

What are we learning about China?

It is on a winning streak. As with the USA’s new world order following the “end of history” as the Soviet Union collapsed 20 years ago, this hinges on a few rickety premises as well as some firmer economic and social realities.

Deng Xiaoping said that China should bide its time and keep a low profile in world affairs. But that was almost 20 years ago. Today, resurgent China is flexing its muscles, Deng’s world  a half-remembered phase of development.

Beijing is pushing with relish the boundaries of soft power, a favourite concept that it borrowed from US academic – now ambassador to Tokyo – Joseph Nye.

Hong Kong film director Wong Kar-wai and Chinese film-maker Jia Zhangke, hero figures for Western  moviegoers, renowned for their independence, have come to terms with the new cultural demands of China that are reaching into Hong Kong, too. They withdrew from the Melbourne International Film Festival, films they produced and directed – because the festival invited demonised Uighur leader Rebiya Kadeer as a guest.

From Beijing’s perspective, making a film about such a sensitive issue as Uighur identity and then screening it, comprises interference in its domestic affairs, triggering a bitter process of blame and counter-blame from which China, which claims never to have been a colonial power – unlike the West – exonerates itself.

Taiwan, whose Kuomintang (Nationalist) government has moved rapidly closer to Beijing since taking power 16 months ago, is also acknowledging that soft power. Wu Bo-hsiung, until recently chairman of the Kuomintang, and parliamentary Speaker Wang Ching-ping, issued warnings to the Dalai Lama to keep a recent visit to Taiwan non-political.

As China’s economic muscle and, increasingly, military and diplomatic power grows, it is starting to attract globally some of the vilification the US has suffered for being so strong. And at home, where the party-state claims credit for everything that succeeds, it also cops the blame for everything that goes awry.

For now, that doesn’t matter. China’s adversaries and detractors may whinge and wail, but they are the losers. China wins.

This is serenely understood as the country’s fated, just reward after 60 years of Communist Party rule during which Chinese children have been educated that their country’s ignominious 20th-century history was as the hapless victim of chiefly foreign devilry.

Yet the ways in which one can “offend the feelings of the Chinese people” are growing rapidly, as is China’s intent to respond to such offences. Every year, it seems, a new test is presented to China’s diplomatic and economic partners to assess whether they are truly friendly to what Beijing University professor Zhu Feng calls this “lonely rising power.” The response to US-based Rebiya Kadeer is the latest such test.

Even China’s most devoted friends and admirers in countries such as Australia find themselves lamenting the party-state’s capacity for alienating potential support, sometimes apparently needlessly, for instance over the Kadeer visit. But in doing so they fail to place themselves in the shoes of those Chinese officials, students and others whose careers and livelihoods are judged by standards remote from those of Western liberals.

Beijing’s mandarinate is an outcome-driven bureaucracy, and what counts is not what people may feel about the Chinese leadership, but how they behave in response, inside and outside China. This pragmatic approach is underpinned by extensive polling of Chinese society at all levels.

Even 60 years after the formation of the People’s Republic, the leaders of the 74 million-strong communist party remain anxious about its legitimacy, lacking electoral tests.

They seek to cement legitimacy from continued improvement in living standards, from a resurgent Han Chinese nationalism to counter dismemberment which the Soviet Union suffered in the 1990s when communism fell apart, and – the exciting new ingredient – from 1,500 year old Confucianism, redeemed from the purgatory where Mao Zedong had consigned it.

Challenging the sources of that legitimacy inside or outside the country, rings loud alarm bells, as we are discovering in Australia today.

Comparisons are being made between China’s rise and that of Germany in the late 19th century. Will China also seek greater elbow-room as it rapidly industrialises?

Perhaps this is what we are already seeing in its vast, comparatively empty western regions – now steadily being filled by migrating Han Chinese. No need to expand beyond the borders, there is room within.

The rulers placed in charge of those troublesome western regions, Xinjiang and Tibet, are old-fashioned party secretaries with little apparent self-consciousness about how imperialist their pronouncements about the native people of those regions, Uighur and Tibetan, may sound.

But such niceties are besides the point. Preventing the fragmentation of China is the point. Melbourne based academic historian Tom Bartlett says about the very name China (“Zhongguo”): “As to the perception that China is being encircled, what other psychological consequence is possible when one persists in calling oneself, and thinking of oneself as `Centralia’ (Zhongguo)?

“This outcome is inherent in the geometry. Where there’s a strong perception of `zhong’ (centre) there must be a corresponding awareness of `wai’ (other, in the current argot). That paradigm is at the core of republican China’s vastly ambitious project to extend and exercise intrusive sovereignty over the historical `border areas’ of the western region.”

The core sources of legitimacy do not work in those vast regions; indeed, they antagonise people.

For Uighurs and Tibetans do not view economic opportunity or progress as central to their self-understanding, which is fuelled more by complex, ancient cultural and religious drivers. They tend to feel locked outside that emphatic nationalism because it appears to them a Han Chinese more than a truly multicultural imperative.

This Han nationalism is steadily being extended even to ethnic Han who are not citizens of the People’s Republic – like Australian Stern Hu – but are expected to behave appropriately if they are also to enjoy the attendant material privileges.

And Confucius, the rejuvenated source of values being newly championed by the communist party, was never the ancestral hero of China’s 55 ethnic “minorities.” The adherence of Tibetans to Buddhism and Uighurs to Islam also gets in the way of their assimilation.

Thus do China’s sources of legitimacy and of today’s success, carry within them some of the seeds of its biggest challenges.

Even though it appears fated to win these challenges ultimately, Beijing will continue to be buffeted by inconvenient opponents, and it will be irritated – if not sufficiently to change tack – by the light shone on its arcane political structure because of the very way in which it seeks to impose its will, abroad as at home.